, /PRNewswire/ --  has named Blair Ridder Regional President for the market,  broadly responsible for M&T's community-focused approach to banking delivered by 375 employees to customers and neighborhoods across the metro area.

Ridder was previously Senior Group Manager for Middle Market banking in , overseeing a team of 10 bankers serving companies with annual revenues of more than .

He succeeds , who remains in after previously being promoted to an Area Executive role broadly responsible for bank operations throughout , , , and .

M&T's headquarters is located at in and the bank has more than 30 retail branches covering all five boroughs and . M&T is one of the city's leading commercial lenders, providing financing to many middle market companies and commercial real estate developers. M&T is also the of the .

Ridder began his career with M&T's Executive Associate program in 2008 and has held a number of positions within middle market, healthcare and not-for-profit banking. He previously served as a Middle Market Group Manager in . He also previously oversaw M&T's healthcare banking efforts in downstate , and .

"Blair has a tremendous amount of experience serving middle market companies, healthcare providers and not-for-profits and those are segments we see strong potential to grow in . We're a bank that builds strong relationships. Blair's understanding of the needs of our commercial and industrial clients will continue to drive growth in that segment and complement our decades of local leadership in commercial real estate lending," said M&T Area Executive .

Ridder received a bachelor of science in economics from and a master's degree in business administration from the at . He is actively involved in the community and was recently named to the board of the of the .

He currently resides in

(NYSE: MTB)("M&T") is a financial holding company headquartered in , New York.  M&T's principal banking subsidiary, , operates banking offices in New , , , , , , and the District of Columbia.  Trust-related services are provided by -affiliated companies and by . 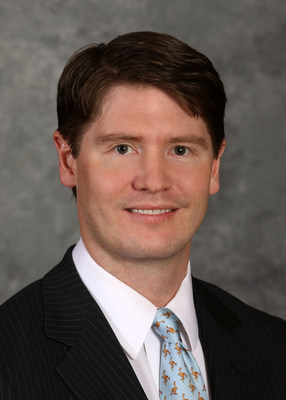